An App to End Global Hunger

An App to End Global Hunger

When Ebola cut its cruel swath through Sierra Leone in 2014 – ultimately killing thousands – aid workers fled the West Africa nation in droves to escape the outbreak. But the opposite urge overcame Jochen Moninger. He dug in.

The humanitarian worker from Germany knew the people, knew the land and knew the culture. After living with Sierra Leoneans in their rural villages, he knew he had to help. So he spent months distributing food to quarantined households and to children orphaned by the virus.

“I believe we played an important role in the response. Now, my wish is to do the same in the global fight against hunger,” says Moninger, 39, innovation director at Welthungerhilfe, a nonprofit based in Bonn. 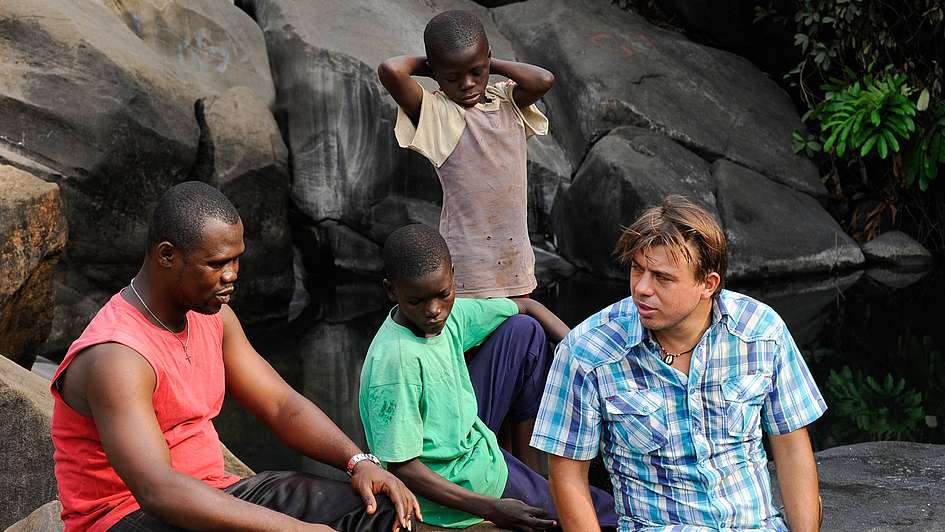 His 12 years spent living and working in distant lands – from Yemen to Sudan – taught Moninger a hard truth, he says: Ending malnutrition will begin only after the true scope of hunger is accurately measured, one child at a time.

Current data on childhood undernourishment is badly flawed, Moninger says. Manual scales in far-flung communities often lack calibration while millions of children in distant encampments rarely get weighed at all.

Equip remote places with a new technology to reach the unreached – and give the world its first valid accounting of the crisis to better focus the food and financial response. Welthungerhilfe is developing a cloud-based, smartphone app called Child Growth Monitor that can scan children and instantly detect malnutrition. 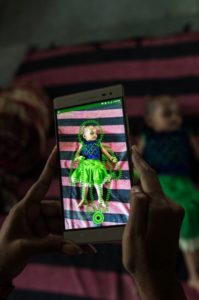 The app uses an infrared sensor available in some smartphones to capture 3D measurements of a child’s height, body volume and weight ratio, as well as head and upper arm circumferences down to the millimeter. The app loads that captured data into Microsoft Azure.

Nutritionists and IT specialists then evaluate the scans by using Microsoft artificial intelligence solutions, pinpointing a child’s dietary health. The experts later pump that data back into the app, training the algorithm to get smarter with each measurement. When field workers using the app find children who are struggling from chronic malnutrition, they provide those kids with vitamin-rich provisions like peanut butter paste.

“You can’t solve hunger,” Moninger says, “if you don’t know where the hungry people are. Many of us are fighting hunger but we aren’t doing it fast enough. We need innovation.”

To test a prototype, Welthungerhilfe outfitted 12 teams of trained health workers in India with app-enabled smartphones. They fanned out to rural regions and blighted urban areas, including parts of Madhya Pradeshand Rajasthan, to scan about 10,000 children under age 5 – a group particularly vulnerable to the ravages of malnutrition.

Their numbers – albeit lacking in precision – tell a harrowing story:

Those numbers equate to real faces and real families for Dr. Shivangi Kaushik, program manager for Action Against Hunger, a humanitarian organization in India. She cares for children dealing with stunting and wasting. 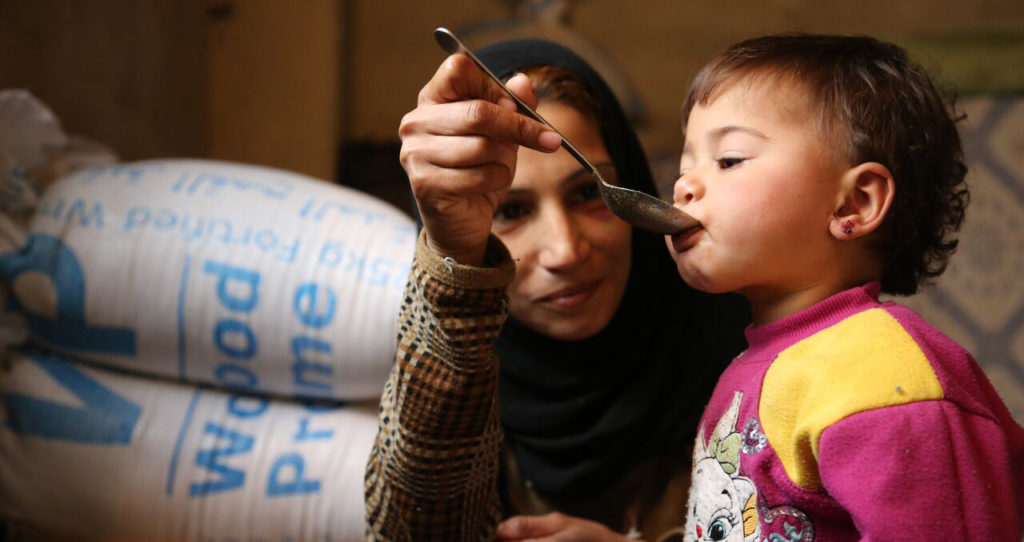 In India, front-line health workers are responsible for tracking 40 to 60 kids within their intervention areas, but they don’t have the training or resources to accurately measure the children to assess their overall nutrition, Kaushik says. What’s more, those same workers struggle to maintain the equipment needed to capture heights and weights.

“Having Child Growth Monitor on board will hugely impact the early identification of children suffering from malnutrition, thereby reducing the treatment time,” Kaushik says. “It’s crucial to provide early treatment and reduce mortality due to wasting.”

Life inside a village beset by malnutrition – as Kaushik and Moninger each have witnessed – can be colored by human tragedy and, occasionally, small victories.

After his years in rural Africa, in places with no roads and no electricity, Moninger recalls the sight of tiny children with bloated stomachs, a condition often caused by severe protein deficiencies. He remembers seeing children eat one meal a day, typically rice from pots. He flashes back to how slowly they moved. While working at a school in Sierra Leone, he saw that some children struggled to follow simple lessons. But when his aid group launched a school feeding program in that village, the results came quickly.

“Within a few months, those students caught up. Their school work improved tremendously simply due to the fact they were able to concentrate,” Moninger says.

In many villages, however, the human damage wrought by hunger reverberates for generations, says Dr. Michael Menhart, chief economist at Munich Re, a re-insurance company that is supporting the  development of Child Growth Monitor. (Welthungerhilfe also is accepting donations to scale their solution.) 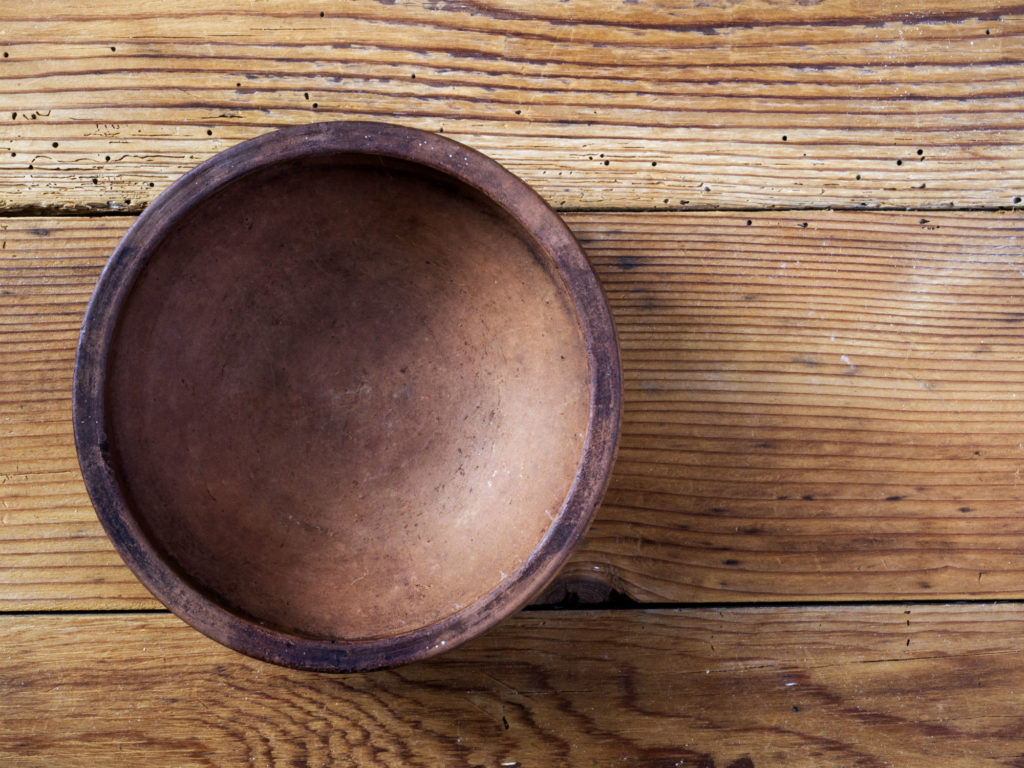 Beyond the humanitarian disaster, hunger tends to devastate economies in nations where it takes root, Menhart says. That stark equation begins with mass malnutrition and ends with a 10 percent lower gross domestic product in affected nations – yet the math also involves several socio-economic realities fundamentally linked to what’s not on the dinner table, Menhart says.

Billions of dollars already are spent to combat malnutrition around the world. But Child Growth Monitor can help those expenditures become more efficient and more targeted, Menhart says.

“The single most important driver of malnutrition is poverty,” Menhart says. “We have more than enough food on the planet. It’s not a question of production. It’s a question of income distribution and who can afford to actually buy the food that every family needs. We need investments into health, nutrition and education. We need investments in innovative ways. What can be done about it? Child Growth Monitor can help break this vicious cycle.”

Welthungerhilfe envisions the app emerging as a recognized, global solution among humanitarian organizations by 2021, allowing nations to redirect money they now spend collecting manual measurements.  In India alone, that could free up hundreds of millions of dollars for reinvestment into the lives of children, Moninger says.

“What’s important is that we give hope,” Moninger says. “Sometimes when people talk about hunger, they feel hopeless. There’s this sense that it’s a problem that has always existed and will always exist, and that the people who are hungry are like outcasts.

“But with this new hope comes the willingness to change – and the conviction that we can solve serial hunger by 2030.”

News provided by Microsoft. This article was originally published on Microsoft.com and has been republished under Creative Commons 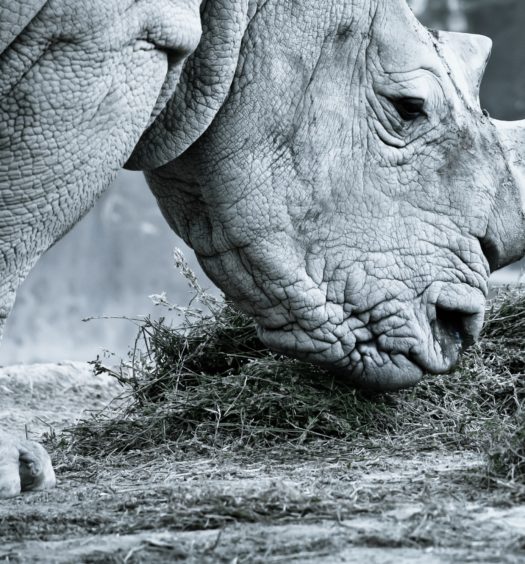 Technology is Saving Our Wildlife | Expanding Connected Conservation in 201... 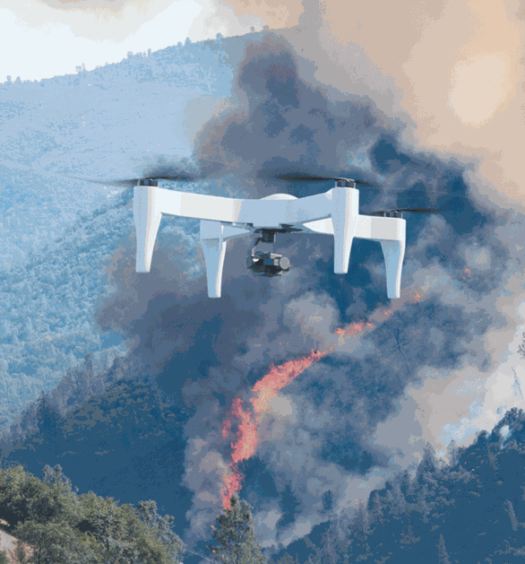