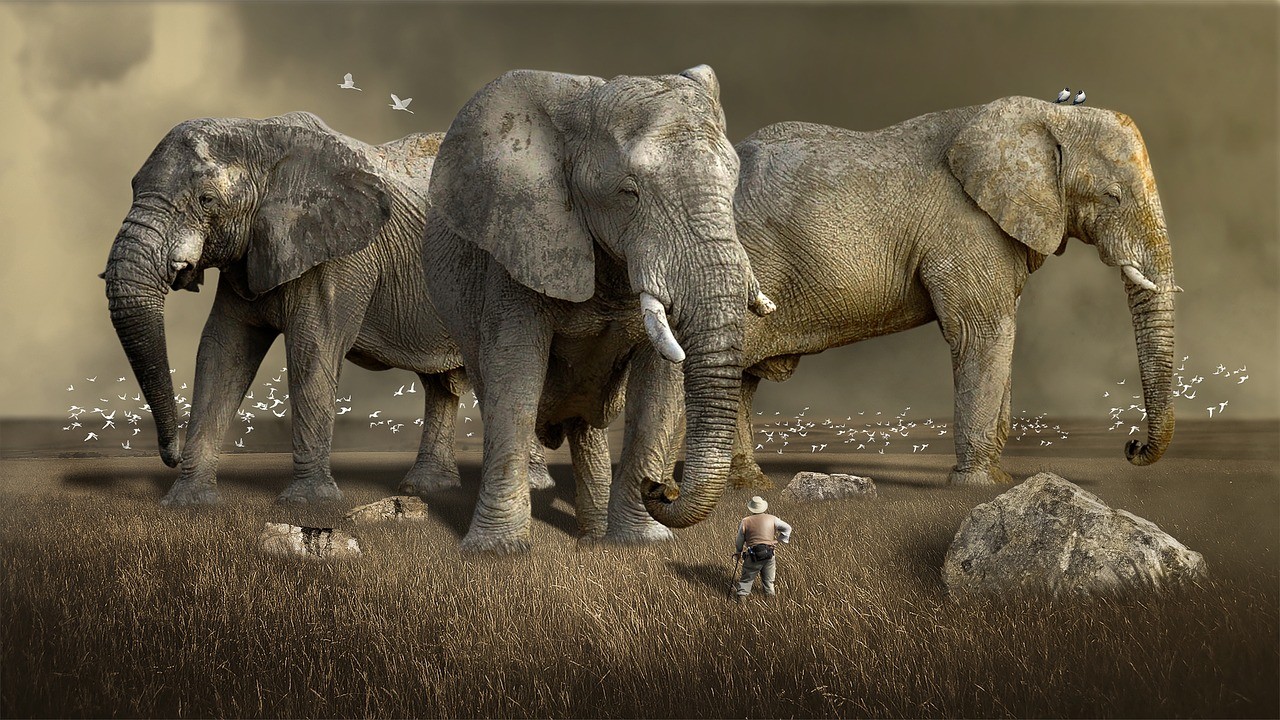 According to a 2016 study by the IUCN (the group that makes the red lists showing which animals are endangered), the African elephant population had reduced by about 100,000 over the previous ten years. The widespread death of any species isn’t a good thing, but elephants are especially vital to the ecosystems where they live. Their long tusks dig for water during the dry season, providing pools for other animals; in the forests, elephants eat trees, allowing younger and stronger trees enough sunlight to grow; in the savanna, they knock down larger trees to allow the grassland ecosystem to flourish; and they are vital seed-dispersers for a wide variety of plants. Without elephants, the balance of the various ecosystems in which they live are dramatically altered.

African elephants have no real natural predators; lions may, in times of panic, try to take down a young elephant, but for the most part the only major threats to these animals come from humans. Poaching for ivory is pegged as the primary cause of those 100,000 lost elephants.

The solutions to the problem are, at the high levels, difficult to solve: reducing demand for ivory, broad wilderness protections for large chunks of their habitats, enforcement against poachers, economic stability to reduce the appeal of poaching. Various technologies can help with some of that stuff, especially enforcement and prevention, and many organizations and start-ups are working to implement tech to attempt to save these animals. 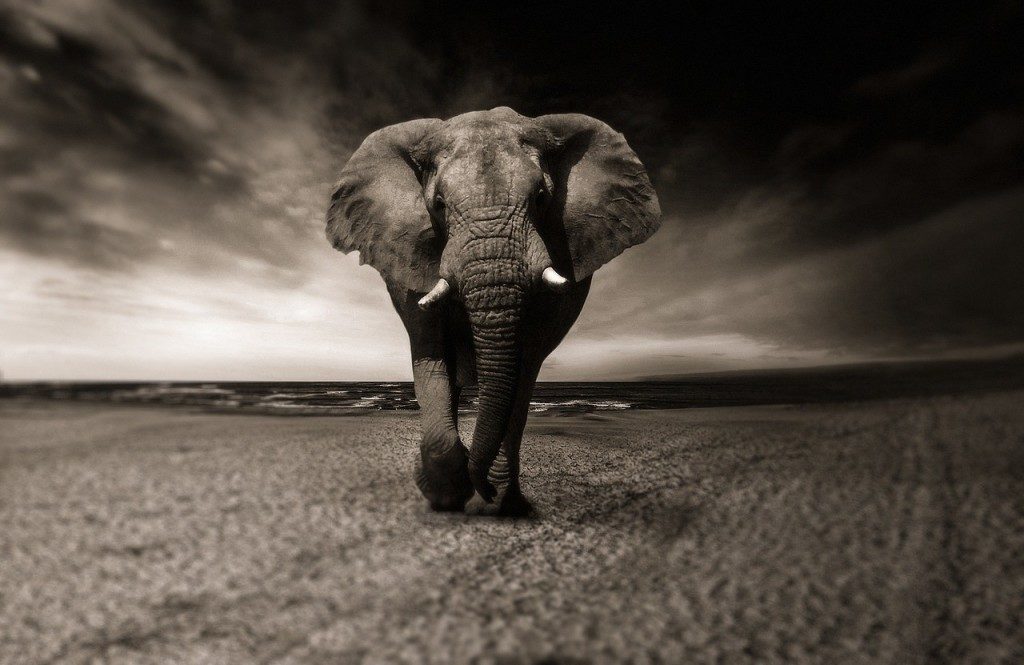 Most elephants fall to poachers when they stray out of protected parks, which is easy to do in much of their range, especially central and west Africa, because there isn’t nearly enough protected land. In Gabon, GPS collars are fitted around the necks of elephants — not an easy task. It takes, according to Phys.org, five to seven men to track and tranquilize an elephant.

But those GPS trackers ping satellites, showing an elephant’s location in real time. If one elephant, or a herd, starts to stray into a more dangerous area, parks officials can jump into action quickly, heading over to where the elephant is to lead it back to safety.

In Kenya, hundreds of these collars have been deployed, as part of a system called the Domain Awareness System, which also integrates footage from camera traps and even weather and arrest records to form a more complete picture of what’s going on. The Kenyan models can also detect abrupt changes: a stampede, say, or a sudden stop, which could indicate an interaction with a poacher.

GPS collars are a good baseline for tracking elephants, but they don’t provide much data beyond simply where an elephant is. There’s also an issue with battery life; it’s a very difficult task to put a collar on an elephant, and researchers can’t be constantly swapping out spent batteries for fresh ones, so these collars often only ping every so often, to conserve battery life.

Researchers at Vanderbilt University came up with a system they’re calling WIPER: Wireless anti-Poaching for Elephants and Rhinos. (The rhino part is still a ways off.) The researchers had actually been working on technology for the military, which tracks the sound bullets make, figuring out where the bullet came from and what kind of weapon it was fired from.

Because poachers rely on guns to kill elephants, WIPER listens for the sound of a bullet flying through the air. While the explosion the gun itself makes can be dampened in a variety of ways, the shock wave a bullet leaves as it passes through the air can’t be muffled, and using a single microphone, WIPER is able to detect both a bullet and where it came from. It’s designed to be in a sort of constant sleep mode, but always listening for that shock wave. When it hears that shock wave, it wakes up, records the data, and transmits it to rangers.

This setup, obviously, is not preventative, since it can only detect poachers once a bullet has already been fired. But it can be a key bit of evidence for law enforcement to find poachers, even if they’re a long distance away, as the system can detect shots from up to 50 meters away. 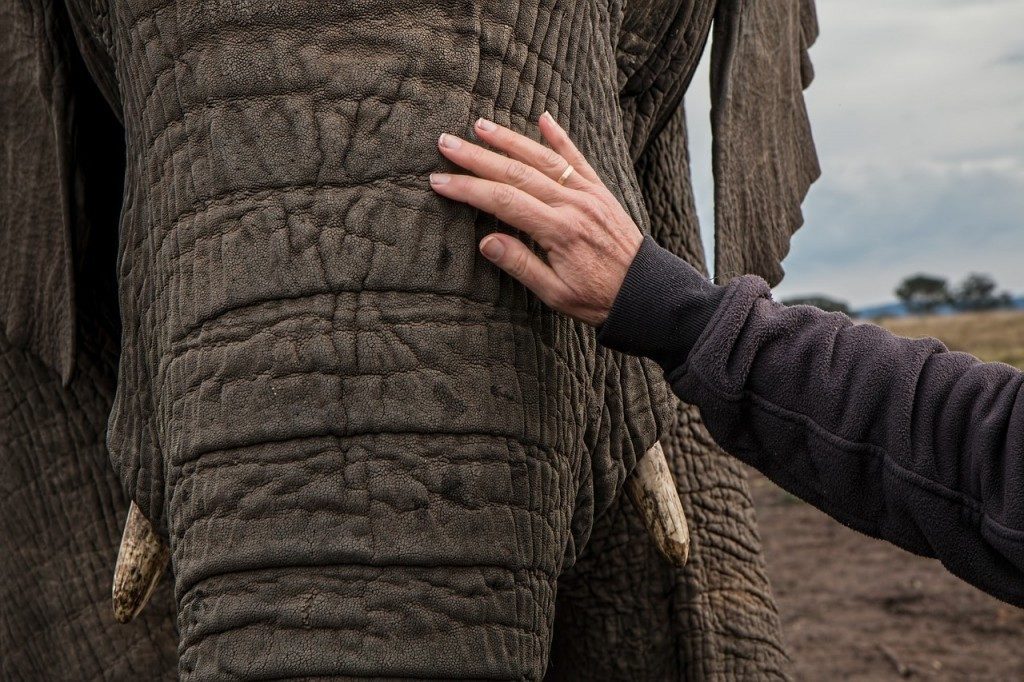 Elephants are not as loud as you might think; that famous trumpeting is really quite rare. But that doesn’t mean they don’t vocalize. Much of the elephant’s language is out of the range of human hearing — very low long-duration sounds, a bit like whales. The sounds are so low that some researchers are even using earthquake-detection tech to listen to elephant conversations.

The Elephant Listening Project has been conducting research on elephant vocalizations since 1999. Lately, they’re using passive acoustic monitoring, or PAM, for forest elephants in central Africa. PAM is a system of constantly recording audio, and then using machine learning and artificial intelligence to parse out exactly what’s happening and where. Because there’s so much recorded audio, it wasn’t really possible to analyze the data in any helpful time frame. Using artificial intelligence, a start-up called Conservation Metrics managed to reduce the analysis time from three years down to 22 days, with a goal of shortening that to a single day.

This kind of audio data is vital; relatively few sensors can span huge areas of forest. (A current study has 50 units for 580 square miles of forest.) Because that area is so vast, GPS and visual data can’t necessarily come up with a full picture of what’s going on; poachers can easily hide themselves within the forest. But audio can address that, showing the level of hunting activity, gunshots, no matter where they are, human movement, and elephant movement.

An organization called the Internet of Elephants (a play on “the Internet of Everything,” I suppose) is working to increase compassion and understanding of elephants through any tech means they can come up with. One of the methods is an augmented-reality game called Safari Central.

The problem with getting much of the world to care about elephants, goes the thinking, is a lack of real connection to the animals. If you live in, say, a big city in Europe or North America, elephants seem far away, out of mind. Safari Central is a game sort of like Pokémon Go, which uses the GPS data of real, collared elephants in their native habitats, but transplants them onto the gamer’s hometown. If Manyara the elephant is walking north through Kenya, a user in New York City might look at the game and see it walking north on Park Avenue.

A person playing Safari Central might not directly affect the lives of elephants, though any in-app purchases do go directly to conservation causes. The point is to keep elephants in the forefront of people’s minds — whether they live near elephants or not.

This article was originally published on New York Magazine (www.nymag.com) and has been republished under Creative Commons 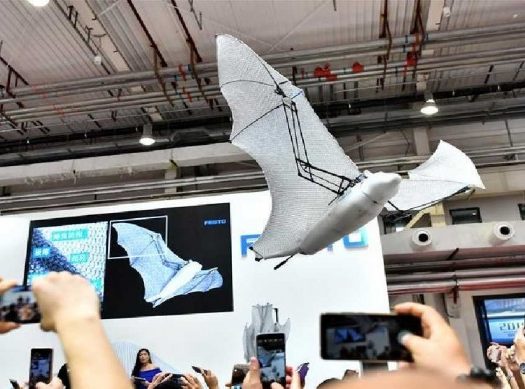 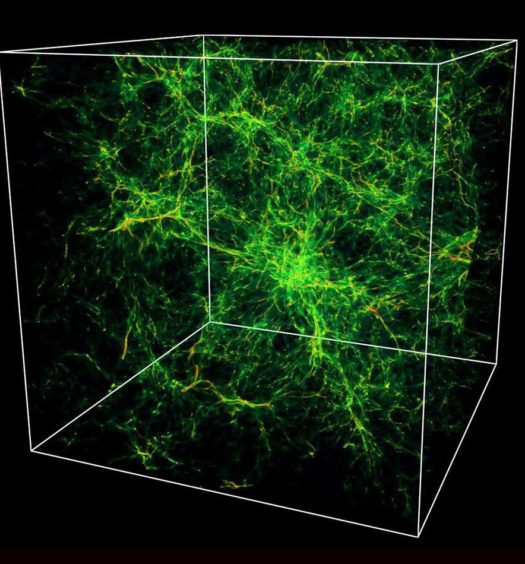