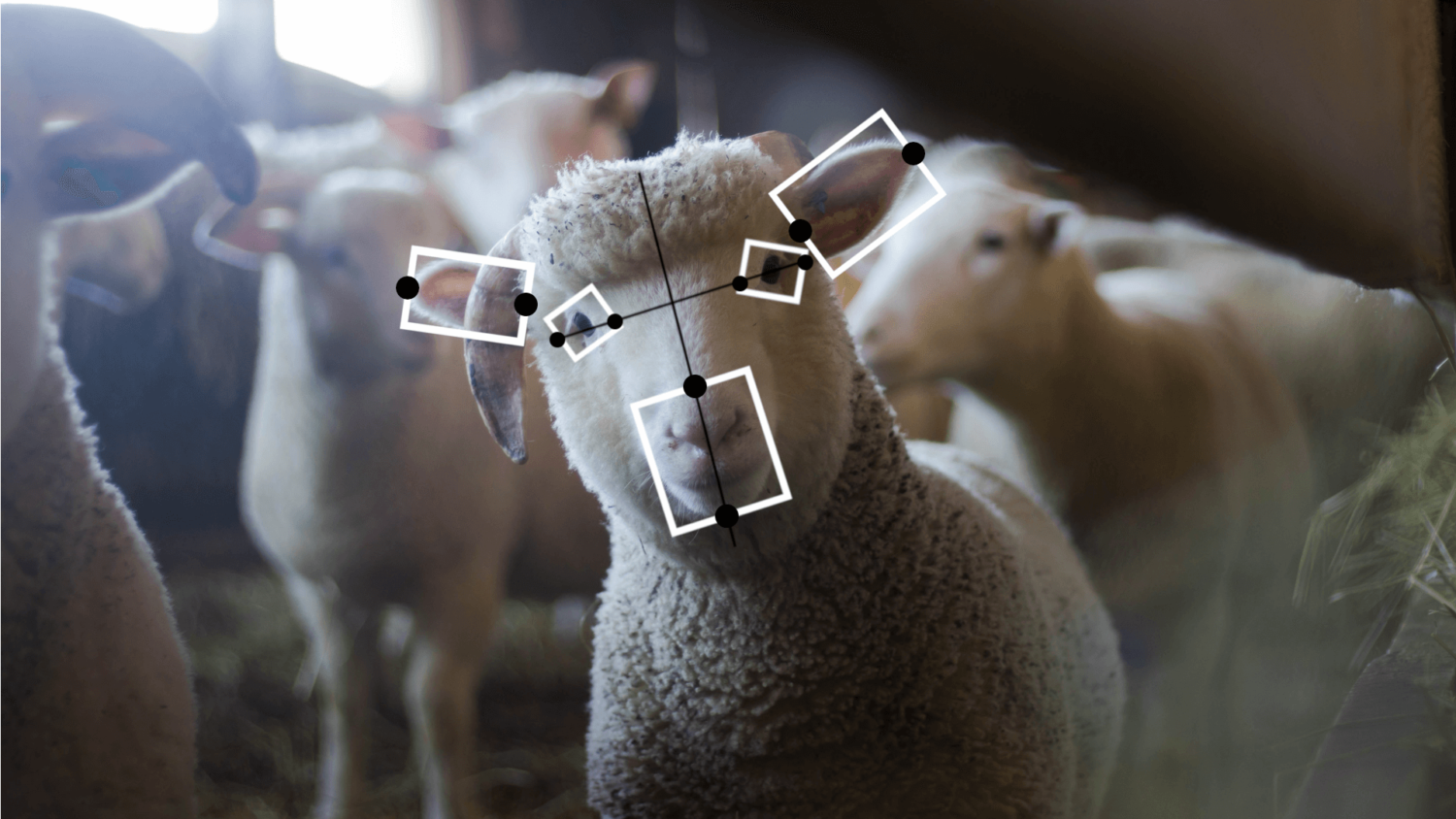 Facial recognition technology has some serious, persistent issues. These were clearly shown earlier this year when Amazon’s “Rekognition” mistakenly identified 28 members of Congress as criminals. The technology as a whole largely suffers both from inaccuracy and systemic bias.

Regardless of who wields the technology or for what purpose, the algorithms use raw data pulled from a society hindered by racial and gender predispositions which ultimately yield similarly biased results. In essence, bad data in means biased results out. Clearly, surveilling humans comes with an assortment of ethical and moral dilemmas attached. But what about surveilling animals?

Until new technologies give us the ability to understand animals’ views on the panopticon, people have been almost disconcertingly audacious about training computers to recognize their faces. Humans don’t have a great track record for not harming animals, even when we know better. But for now, at least, it appears we’re using our technological prowess to keep track of ecosystems and positively manage populations.

A Bloomberg feature recently highlighted how a Norwegian company is using facial recognition to capture and store the faces of millions of Atlantic salmon to help fight disease. That fish-face database will potentially let farmers monitor salmon numbers and detect abnormalities in health, like parasitic sea lice, which could be a boon for farmers around the world. Salmon are just the latest entry in a growing cornucopia of animal faces loaded into databases. For some animals, the biometric data gathered from them is being used to aid in conservation efforts. For others, the resulting AI could help ward off poachers. While partly creepy and partly very cute, monitoring of these animals can both help protect their populations and ensure safe, traceable livestock for developing communities. 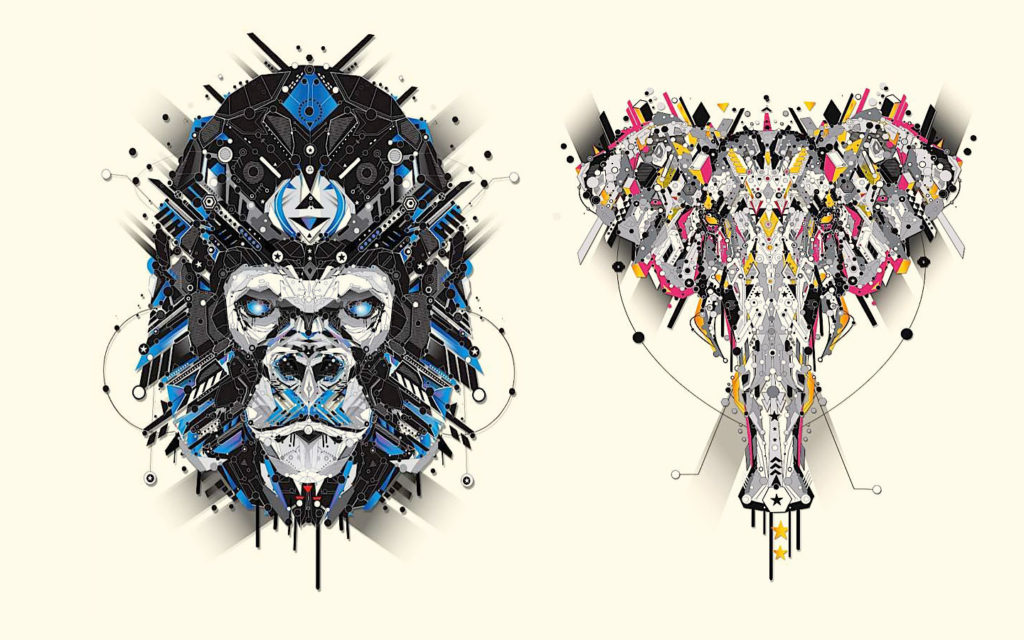 Here is a list of all the (known) animals currently being surveilled with facial recognition software, and why we are watching them:

There are more than 1.3 billion cows grazing and eroding the environment with their methane gas as we speak. Diseases can spread rapidly among close-quartered cattle, so keeping tabs on the herd’s health can be tricky. Some companies are tuning to facial recognition to ease the process.

One such cattle stalker is the Dublin-based Irish start-up Cainthus, which was invested in earlier this year by Cargill, one of the largest private corporations in the U.S. The company partners with local farmers and helps collect the cow headshots. With that information, Cargill says it can monitor the cow’s “food and water intake, heat detection and behaviour patterns.” Once analysed, farmers can more accurately determine each cow’s health and even predict variations in milk production.

Dubbed “GoGo Chicken” and run by Chinese insurance tech company ZhongAn Online, this blockchain-based system (of course it is) allows “health conscious” consumers to track the full life-cycle of their eventual chicken dinner — the logical conclusion of farm-to-table.

In an interview, ZhongAn Online’s chief executive Chen Wei told the South China Morning Post, “When you shop and see raw chicken [from us], you can simply check on your smartphone app to know its birthplace, what food it ate and how many steps it walked during its life.”

In the livestock surveillance arms-race China is definitely leading the charge. Even the Chinese e-commerce behemoth JD.com — China’s equivalent to Amazon.com — is using facial recognition to monitor large groups of pigs to quickly detect metrics like age, weight, and diet.

According to Yingzi Holding founder Chen Yaosheng, pigs prove significantly more difficult to survey than humans for one pesky reason: “Humans would stay still in front of the camera, but pigs don’t.”

Researchers at the University of Cambridge are using facial recognition to see how sheep feel. Specifically, the researchers are interested in whether or not they feel pain. By feeding photos of sheep faces into a computer, the researchers were quickly able to detect facial cues, something humans otherwise have difficulty detecting on their own. This, the researchers believe, will help ensure animals are treated in humane ways.

“Assessing pain levels in animals is a crucial, but time-consuming process, in maintaining their welfare,” the researchers said.

Yes, the mighty lion is being surveyed too. Conservationists and wildlife teachers are using facial recognition to keep tabs on a database of over 1,000 lions.

Getting a lion’s face into a database in the first place, though, is not a job for the faint of heart. According to Scientific American, the photographer has to be within 100 feet of the big cat for the photo to work.

U.K. researchers are using online resources like Flickr and Instagram to help build and strengthen a database that will eventually help track global tiger populations in real time. Once collected, the photos are analysed by everyday people in a free app called Wildsense Tigers. 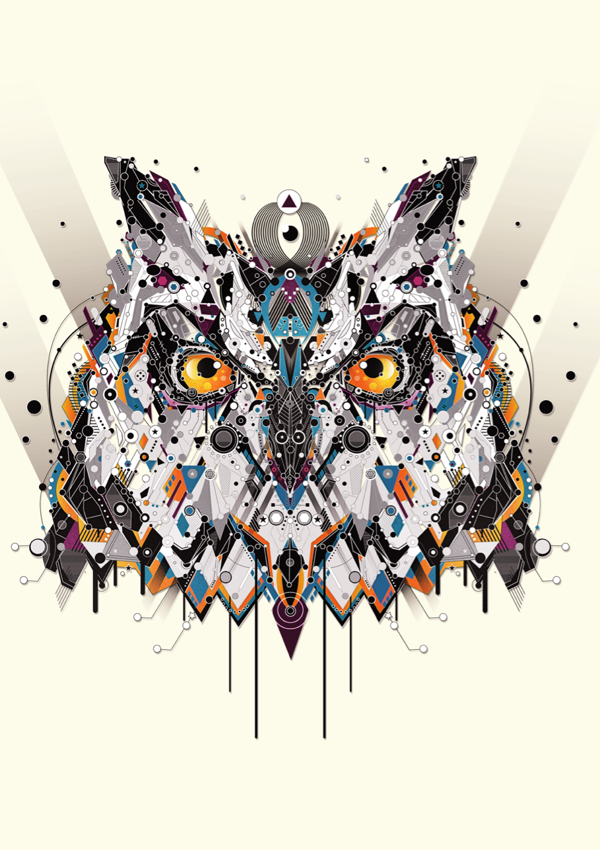 What happens when the quiet tradition of bird-watching meets the 21st century desire for dystopia? The answer is an app that can detect the faces of over 400 different North American birds.  The tech was made possible by thousands of bird photos submitted by bird aficionados around the world.

Wildlife experts are tracking elephants to protect them from poachers. Using Google’s Cloud AutoML Vision machine-learning software, the technology will uniquely identify elephants in the wild. According to the Evening Standard, the tech will even send out an alert if it detects poachers in the same frame.

In 2012, these curly tailed critters were named the world’s most endangered animal. A team of researchers at George Washington University have been trying to protect the last ones. Pulling from 462 images of 80 red-bellied Madagascar lemurs, the researchers created LemurFaceID. The tool is able to accurately differentiate between two lemur faces with 97 percent accuracy.

“Once optimized, our system can facilitate long-term research of known [lemur] individuals by providing a rapid, cost-effective, and accurate method for individual identification,” the researchers wrote.

The story of whale facial tracking is one of crowdsourcing success. After struggling to distinguish specific whales from one another on his own, marine biologist Christian Khan uploaded the photos to data-competition site Kaggle and, within four months, data-science company DeepSense was able to accurately detect individual whale faces with 87 percent accuracy.

Since then, detection rates have steadily improved and are helping conservationists track and monitor the struggling aquatic giant — The Atlantic went so far as to call these technologies “Facebook for Whales.” If that’s true, then the real question is, will whales #QuitFacebook too?

Of course, a list of animals monitored using facial recognition would not be complete without man’s best friends and The-One-Who Scratches-And-Puts-Its-Paw-In-Your-Mouth. Dog and cat facial recognition has been around for several years now and is typically used as a tool to help distressed owners find their lost (or perhaps escaped) friends. One of these systems, called PiP, sends out an alert with the missing pet’s face to vet clinics and animal shelters within a 15-mile radius of the user.

This article was originally published in New York Magazine (www.nymag.com) and has been republished under Creative Commons 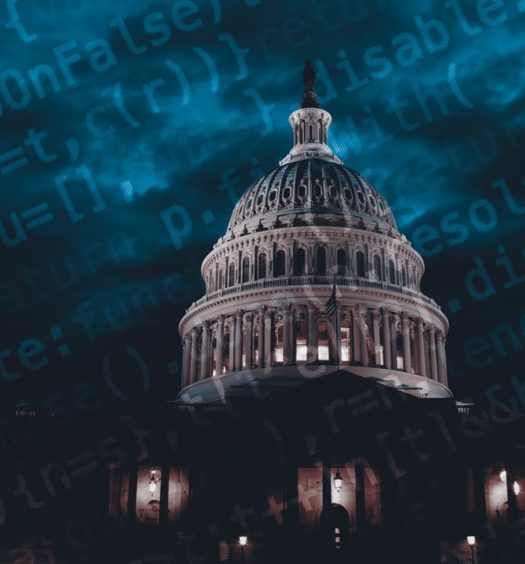 Mr. Robot goes to Washington: How AI will Change Democracy 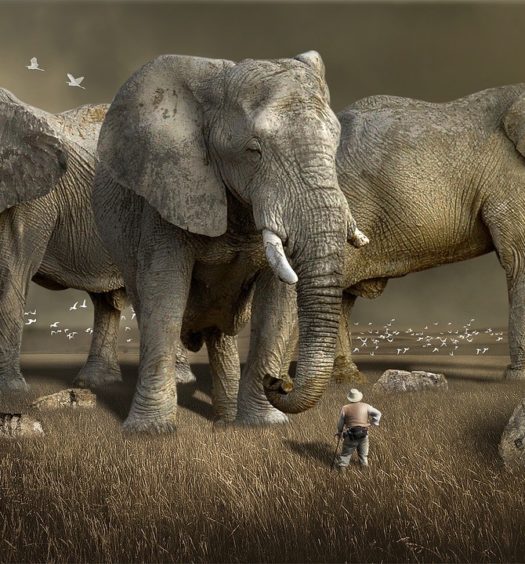