Meet Lucas Joppa, The Man On A Mission To Save The Planet By Democratizing AI

Meet Lucas Joppa, The Man On A Mission To Save The Planet By Democratizing AI

Can mankind’s greatest technological advancements help solve the biggest ecological challenges facing planet earth? Can technology help accelerate biodiversity conservation? Can it predict global warming to reduce the potential impact? Can it help conserve fresh water? Can it help achieve global food security? These are some of the existential questions that have kept Lucas Joppa awake at night for more than a decade.

Today, as the first Chief Environmental Officer at Microsoft, Joppa leads AI for Earth, a five-year, USD50 million global program that blends ecological science and cutting-edge AI to solve some of the planet’s most pressing environmental challenges. We caught up with him to learn more about the program, his experience with technology interventions for environmental advancement, and his vision of deploying AI to advance sustainability across the globe. Here are some edited excerpts from our conversation.

You’ve a PhD in Ecology and have worked as a Peace Corps Volunteer in Malawi. This is not exactly a profile of someone who’d be working at a technology company. How did you decide to join Microsoft?

My educational background is in environmental studies. After completing my undergraduate degree in Wildlife Ecology, I spent time in the Peace Corps working for Malawi’s Department of National Parks and Wildlife. Then I did my PhD in Ecology. What all the work on the environment side taught me was just how serious environmental issues really are.

The science shows the seriousness of the issues, but the work also highlighted just how monumental the task is actually going to be, to find our way to sustainable solutions where the human species can exist in a more sustainable manner, with the rest of the life on earth. As soon as I began to truly realize the enormity of the challenge, I started panicking a little like everyone does. But it also got me thinking that there’s got to be some way to get out ahead.

I began to see that there was one thing that was accelerating exponentially and potentially even faster than the degradation of our planet’s natural resources. And that was technology. Thus, I decided to drive my career towards leveraging advances in technology to address the negative effects of human activities on rest of the life on Earth and started focusing on the computational aspects of ecology. I joined Microsoft Research to focus on and lead research programs at the intersection of environmental and computer science. What enthused me was that Microsoft, about a decade ago, had realized that this was where the real challenges were, both for society and the technology sector.

How did you transition to the role of the Chief Environmental Officer at Microsoft? How did the AI for Earth program come about?

I pursued research programs for about eight years at Microsoft Research. That experience prepared us to step back a couple of years ago and see the progress we had made in research from an environmental and technology perspective and how we could place it all the way into shipped products.

I put together all those learnings into one document, which I called “AI for Earth”. It laid out the opportunities I saw for Microsoft to really make a more concerted, company-wide effort, than simply a research program, to leverage our 35 years of ongoing investment in AI research and technology and focus all those efforts on the four key areas of agriculture, water, biodiversity, and climate change.

From my experience at Microsoft Research, we knew what the problems were, and we’d done enough on the technology front. So, it was time to put it into action. Last year, I left Microsoft Research and started serving as the company’s first Chief Environmental Scientist leading the AI for Earth program. That position recently expanded to Microsoft’s first Chief Environmental Officer, which allows me to oversee the whole environmental sustainability mission and mandate across the company.

One of the biggest ironies in today’s time is that we often ask those with the least to do the most. And, those can be underfunded non-profits or university departments or government agencies that represent the environment and are consistently short changed on budgets.

How is Microsoft’s approach to AI for Earth different from similar initiatives from other technology companies?

So yeah, Microsoft is not alone. You can name a technology company of your choice and if you dig enough, you’d find an environmentally-focused program or project that they might be running. Often, you’d find them to be simple give-aways to their cloud, or they might be focused initiatives.

Through AI for Earth, we’re democratizing access to AI for everyone who wants to contribute to protecting the planet’s natural resources. And one of the great things about the cloud and Azure is that it makes that democratization so simple, because anybody, anywhere with an internet connection can now have access to some of the most powerful technologies that the industrial age and beyond has ever invented. And that’s fantastic!

We’re not only bringing the tools, but we also acknowledge that people who’re focusing on protecting the planet’s natural resources don’t always have the necessary skills, like say a Computer Science background. With AI for Earth, we’re also working to close that gap no matter where in the world they are based by bringing the tools, technology and other resources to the regions that need it the most.

Microsoft’s approach is a holistic, end-to-end one. We’re building a team that can address environmental issues along with our partners. We’ve brought on board subject matter experts like me who have a PhD in Ecology and my colleagues, and together we’re making plans and working hand-in-hand with our partners, to help them be the heroes of their stories. Following the traditional Microsoft business model, we’re empowering an ecosystem of partners to bring transformational change all around us.

Our methodology has the sophistication and holistic mindset that blends seamlessly with the depth in investment and diversity of approach. When we say AI, we mean we’re deploying the full gamut of AI to change the way we observe things on Earth, the way we communicate those observations, the way we classify those observations to meaningful information, and the way we make predictions and optimizations over that information. This leads us to make sustainable choices pertaining to natural resources.

I don’t think that any of our competitors, if you look at what they’re doing in this space, have the holistic perspective, the depth of investment, the end-to-end kind of aspirations to really empower this ecosystem of partners to produce new and better services with them. Services that can be shared and then built upon by others. It is not very different from the way Microsoft went from a tiny little idea in the minds of Bill Gates and Paul Allen, to the company that it is today.

The AI for Earth program started in July 2017 with a grant of USD2 million. In December, the grant was increased to USD50 million. What drove this multi-fold increase?

The AI for Earth program was making progress significantly faster than we had expected. As soon as we went out there, the response from individuals and organizations across the world was incredible. More and more people started coming out of the woodwork and wanted to be part of the program. It was clear that the USD2 million that was put in at the beginning of the program was not enough to satisfy the overall market demand and so that’s really why we responded.

One of the amazing things about being at Microsoft is that when demand is great, we have the resources to scale to that demand. Our executives leaned in and made a five-year, USD50 million commitment. Five years is a long commitment from a technology and innovation perspective. It’s almost a geological age in the technology sector. It’s like committing to deploy technologies that we haven’t even invented yet! This makes me extremely proud to be part of the AI for Earth program at Microsoft. To see the demand, acknowledge it, and invest resources at a scale that is needed today is one thing and to commit to doing it well into the future is entirely another thing.

Tell us about your experience in India. What was the response to the AI for Earth program in India?

India has had an enthusiastic engagement with the grant program. That’s indicative of a lot of things that we see going on in India at the intersection of the environment, social engagement, and technology. From the Microsoft Research Lab in Bengaluru to the Digital India initiative at the corporate level, we have seen a focus on initiatives like wildlife conservation, water sustainability, and agriculture for smallholder farmers among others, which are of significant importance to a large population in a geography like India. I think what’s special about India is that it has a large workforce that has the technical skills to take advantage of the tools that we’re trying to put in people’s hands.

We’ve just completed the first year of the AI for Earth initiative. What are the learnings so far and what do you expect in the next few years?

One of the key learnings is that it’s hard to overestimate the demand, not just in developed countries or particular geographies, but across the world. Today, we have grants in almost 30 countries. These grants are being made on everything from water conservation to yield optimization to biodiversity protection. They’re all finding a common use for the tools that Microsoft is shipping every day.

The second learning is that we need to continue to work to contextualize Microsoft’s technologies for those who focus on natural resources. It’s not just enough to say that these technologies are available and here they are, free for you to use. We have to invest efforts in bringing to the fore all the technologies that we have at our disposal to create an impact in the areas that we care about.

Getting people to the ideation stage is the biggest challenge. That’s what we’re focusing on in 2019 along with providing the infrastructure to bring new services, applications, and platforms, onto the cloud so that we can use our platform to tell the world what the citizens of planet Earth care about.

To find out more about Microsoft’s AI for Earth initiative and how you can be a part of it, visit https://www.microsoft.com/en-us/aiforearth. 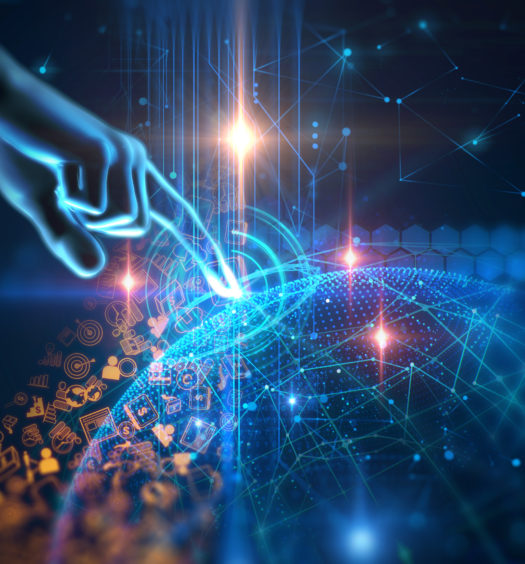 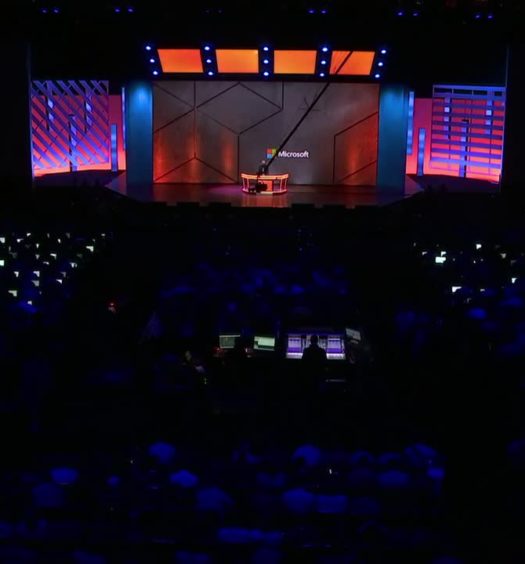